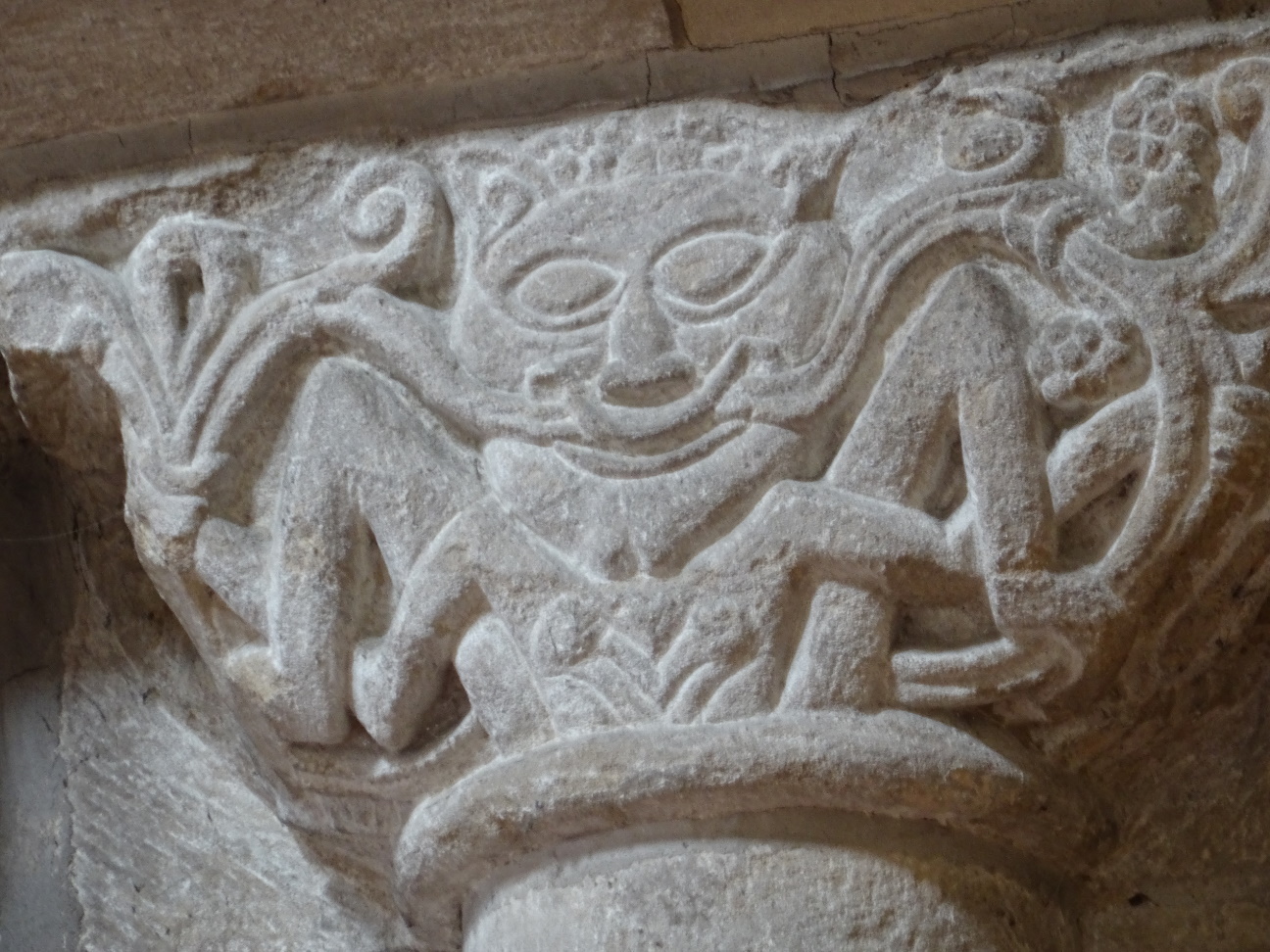 This figure resides in the large parish church of Melbourne Derbyshire. It is mentioned in Ghosts and Legends of the Peak District and Images of Lust.Images of Lust does not categorise it as a Sheela but describes it as “near exhibitionist”. The booklet in the church however describes it as a sheela and assigns the usual “fertility symbol” meaning to it. The church is richly carved and in a good state of preservation. “Images of Lust” includes the “miser” and the “luxuria” figures. The book describes the male luxuria figure as being “once exhibitionist” but in my opinion it never has been, have a look at the photo and judge for yourself.  The miser and luxuria figures are duplicated on the side door of the church but have suffered greater weathering. On the main door the luxuria is on the left while on the side door the luxuria is on the right.

The rest of the church is fascinating. Built in the 12th century it is extremely large for a parish church almost a mini cathedral. No one knows quite why it is so large as the parish has never been big enough to need such a large place of worship. The size of the church would seem to suggest that this was a high status building and the quality and number of carvings in the church also attest to this. There are a number pentagrams incised on various stones in the church which are thought to be masons marks. There are also many other Romanesque carvings in the church well worth a look at including a bestial cat. There is also a well preserved medieval painting of a demon. The church has it’s own website at  http://www.melbourneparishchurch.co.uk/.

The carving itself has some very sheela like characteristics the splayed leg position and the positioning of the arms is very much like the Darley Dale and Haddon Hall sheelas which are also in Derbyshire. The carving also has foliage spewing from its mouth which makes more like a “green man” but this characteristic is not unknown in Sheelas as well take for instance the South Tawton figure in Devon. The figure is not human and has more in common with “green man” characteristics than those of a sheela. In the end this will have to go under the “nearly but not quite” column of Sheela carvings. 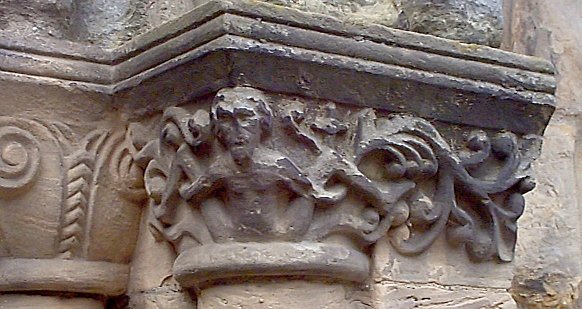 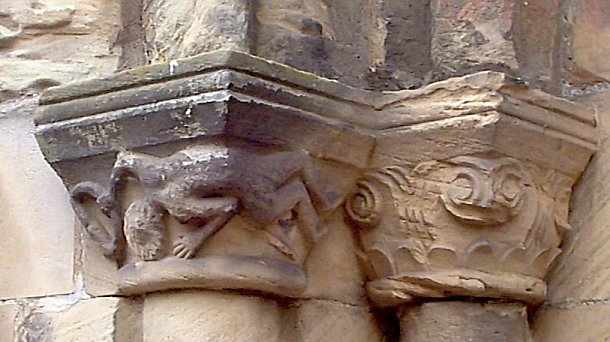