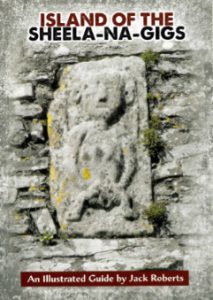 Island of the Sheela Na Gigs

Another book from Jack Roberts on Sheela na gigs. An up to date version of Jack’s previous book The Divine Hag of the Christian Celts. 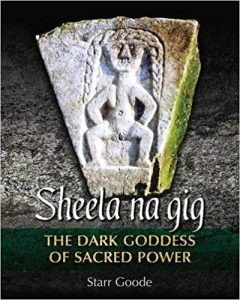 This book is available from Amazon

A study of Sheela Na Gig concentrating on the Goddess theories surrounding the figures.

Lifting the Veil is a detailed and very much academic study of some of the Irish and UK figures. The study seems to have been limited to those figures that Dr Oakley has personally visited. While this is laudable it also drastically limits the scope of the book omitting many figures which have been previously published.

The book includes analysis of the features of sheela na gigs and in an attempt to define what is and is not a sheela. There is also some nice peripheral research into related topics such as Baubo figures. Dr Oakley includes a detailed section detailing and criticising some of the existing writing on sheelas. She includes a possible new figure at Rye.

She leans to the birthing figure theory in some places citing Studland in Dorset as one example, however I feel this is very much an interpretation of the figure rather than an established fact. She also suggests that the Llandrindod and a number of other figures have Irish influence or may in fact be Irish. Admittedly she only suggests this tentatively but I find it hard to agree when there are a number of perfectly reasonable local sources for the figure which do not need Irish involvement.

Dr Oakley also includes a brief analysis/criticism of websites on sheela na gigs including this one. Unfortunately she states that the public decides what appears on The Sheela Na Gig Project pages. I would like to state here that this has never been the case. We take leads from the public and investigate them. If we published everything we are sent then we would have everything from worn bits of stone to abstract oval sculpture.

All in all another welcome, if limited, addition to the writing on Sheelas but one to buy only if you are willing to wade through the dense academic language. The cost of the book at 48 pounds Stirling inevitably means that this will probably only be found on university bookshelves.

This book is available from Amazon

An excellent book which expands our knowledge of these figures. Buy this book

A welcome addition to the corpus of books on Sheela na gigs. Firstly let me say that this book is a fascinating and thoroughly well researched book with much new information on etymology of the name “sheela na gig”  and a discussion on the British ship “sheelanagig” from the 1700’s. Dr Freitag also comes up with a good deal of new folklore surrounding the figures. The book proposes fertility function for figures and tries to, unsuccessfully in my opinion, connect the figures with “birthing stones”. The author adopts an at times vehement anti “Images of Lust” stance which is fine, however I felt the arguments put forward in Images of Lust were dismissed a little too glibly. The gazetteer lists a number of new figures some of which are welcome additions. However some figures listed I felt were dubious and stretched the definition of a sheela na gig more than a little. Despite the listing of new figures a number of well known and unequivocal sheelas are missing from the gazetteer. The Ely figure (now figures) and the Rochester (not certain but in most literature on sheelas) figure are two examples from the U.K. Despite these criticisms please don’t let me put you off buying this book. It’s right up there with The Witch on the Wall and Images of Lust as a serious and scholarly study of sheela na gigs and contributes greatly to what is known about these figures. If your interested in sheela na gigs it’s a must have.

The Witch on the Wall

Previous reports of a reprint of this classic have unfortunately did not come to pass.This is the standard work on Sheelas which is now unfortunately out of print and almost impossible to get hold of. Interestingly Andersen sits firmly on the fence with regards to the origin of sheelas. However the author did believe that the further research needed to be done on the continent. Somewhat dated now due to the expansion of research on sheelas by Weir, Jerman and Freitag this still remains a classic of sheela/exhibitionist literature.The first serious study of Sheela na Gigs

Images Of Lust is available at Amazon

Highly Recommended.An academic view of Sheelas and other exhibitionist figures in general. Describes Sheelas as medieval morality figures. Informative and authoritative it’s unfortunately marred by minor inaccuracies (e.g. See the Margam figure for an example) which seem to be endemic with books on sheela na gigs. Nevertheless it does put forward the most convincing and least esoteric theory for the origin of sheelas. It also address the lack of study shown to male figures. If you are convinced that Sheelas represent a Celtic goddess then the chances are you will hate this book as it firmly puts that theory to bed. If you are interested in a reasonable theory for the origin of these figures then this is the book for you.

This book has been recently re-published so getting hold of a copy should not prove to much of a problem. If you can’t get The Witch on the Wall then get this book. Anthony Weir’s website can be found here.

Anthony Weir also has an expanded version of his website Satan in the Groin on CD. You can buy the CD directly from the author here. 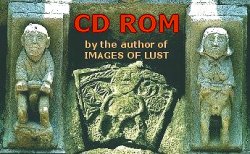 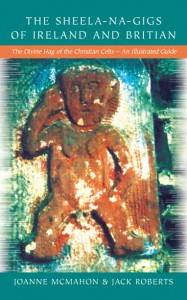 The Divine Hag of the Christian Celts

The Divine Hag of the Christian Celts is available at Amazon

Published in May 2001 by Mercier Press this is a new book by Jack Roberts.

An interesting read it proposes that not all figures are warnings against lust which is the major premise of  Images of Lust. The book includes a useful gazetteer  section but does include some figures which are dubious to say the least (Abson is a good example). The book is marred by some very bad editing which should have been picked up at the proof reading stage. The author names several figures as uniquely (sic) lying on their side. Another annoying point is that the South Tawton figure is said to be in South Taunton which is misleading.  Minor gripes aside the book is extremely readable and is a useful addition to the subject.

The Sacred Whore: Sheela Goddess of the Celts

The Sacred Whore: Sheela Goddess of the Celts  is available at Amazon

This is one of the few books to be published about sheela na gigs in recent years. The book looks at the figures from an historical and psychological view and puts forward an Irish origin for the figures. While these ideas are interesting the book seems to suffer from the problem of stating theories as facts without backing them up with evidence. It also lists a number of dubious “new” figures. I can’t honestly recommend this book. As the reviewer on Amazon says “the cover is by far the best part”.

The Sheela Na Gigs of Britain and Ireland (Booklet)

Highly recommended.
A comprehensive (especially for Ireland) and up to date the booklet and map are a useful addition to anyone wanting to find out more about sheelas. Stresses a Celtic origin for sheelas. Includes many sheelas not mentioned in Images of Lust. You can get hold of a copy of this excellent little booklet directly from the author at or via your local bookshop.

Highly recommended. An excellent map of the locations of Sheelas in Ireland and Britain with some lovely illustrations of Sheelas. Includes many sheelas not mentioned in Images of Lust

Highly recommended. This slim book concentrates on Irish sheelas and suggests a origins and possible functions for them. Places the earliest Irish sheelas firmly in the 12th century as part of the influence of Romanesque art brought over in the Norman invasion of Ireland in 1169. Great if you intend going to Ireland to visit some of the figures.

Highly recommended. Slim pamphlet published by the Fethard Historical society. Despite it’s slim size this little booklet has a wealth of information on the etymology of the name “Sheela Na Gig” and goes into some detail about the ship “Sheelanagig”. It also includes some rare information on folklore surrounding the figures. If you can get hold of it it’s worth a read.

The Herefordshire School of Romanesque Sculpture

Available on Amazon and from the publisher

Published by Logaston Press this book goes behind the sculptures on Romanesque buildings to find the people behind the work and the sources they used for inspiration such as the Bible and The Bestiary. The book makes a somewhat bizarre comparison between one of the corbels on Rock church with the Kilpeck sheela but other than that is an authoritative guide to the Herefordshire school of Romanesque Sculpture. 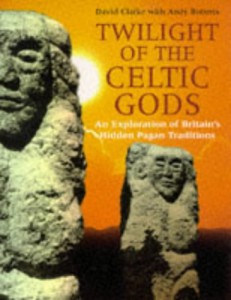 Twilight of the Celtic Gods

Contains two chapters about Sheela na gig’s “The curse of the Sheelas” which discuses the background for Sheelas and mentions the Croft On Tees Sheela. Another Chapter entitled “Freya” discusses the Pennington Sheela and possible Scandinavian connections. The book is a little sensationalist in tone but does include some useful information.