This figure can be found in the Margam Stones Museum at Margam Abbey near Port Talbot S.Wales. It’s mentioned in Images Of Lust as a possible corbel and the photo in the book does seem to display him like that. However as you can see from the photographs below the figure is a lot more complex and is in fact a gargoyle (i.e. water spout). Anthony Weir has a page on this figure including a correction to Images of Lust here.

Images of Lust describes the as having bent arms which appear to be holding two phalluses or candles. As you can see in the image below these “candles” are in fact the figure’s feet. The figure is actually sitting on its buttocks holding them apart (where the water comes out) with its legs splayed and up in the air. The figure could be said to be a “Man at Stool” figure. The arms and legs on one side of the figure are badly worn which at first gave me the impression that there might have been another figure on top but as it turned out this was not the case. The figure has a celtic feel to it despite it being thought to have originated in the 15th or 16th centuries. This is another example of where Images of Lust is disappointing, anyone visiting the figure can quickly ascertain that it is indeed a water spout not a corbel. Images of lust also shows the figure sitting on its buttocks upright unlike how it should have been displayed head first into a wall with the carving being visible only from below. 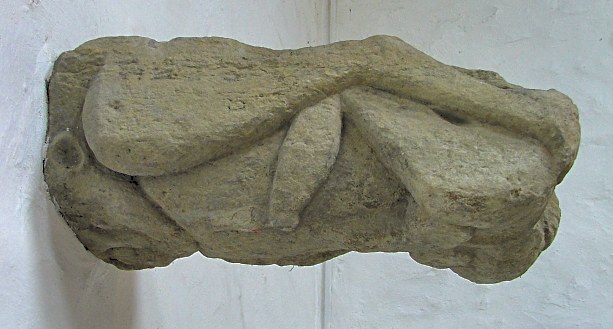 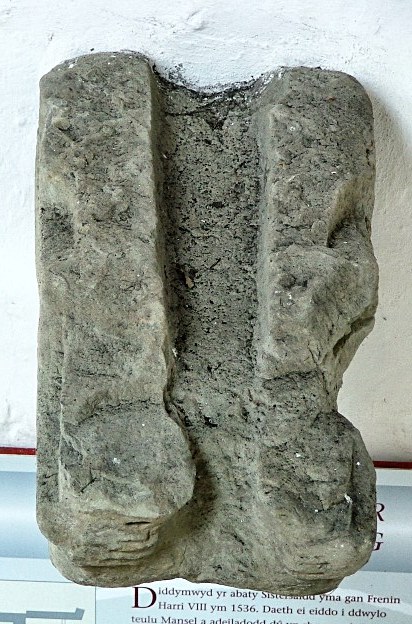 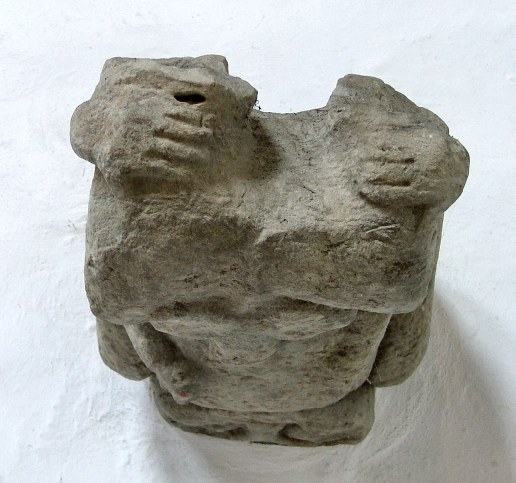 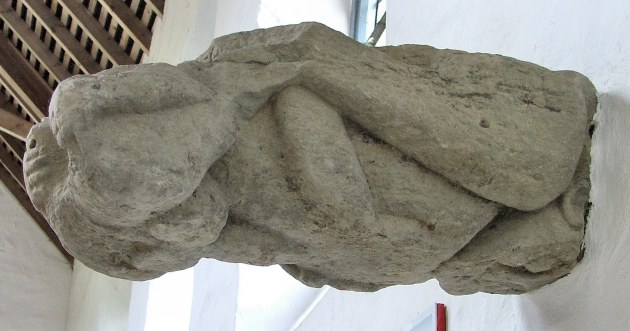