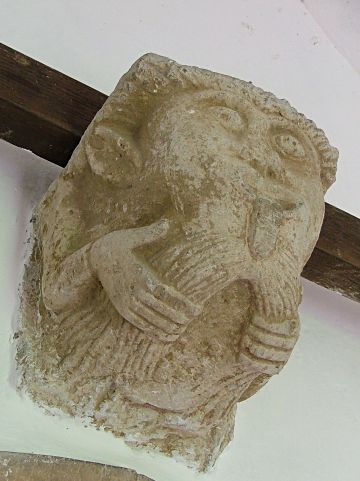 The Grain figure has been reported quite a few times as a sheela na gig. When Keith Jones visited the site the local vicar told him the congregation wanted the figure moved as they considered it obscene. When I visited he was under the impression it was a pagan idol. What it actually is, is a fine example of a beard puller which is a common motif in Romanesque church carving (See Images of Lust or Anthony Weir’s website for other examples there is a good example of a mega-phallic beard puller in Santander Spain here). The figure is mistakenly referred to as a “Sheila-na-gig” here. One more example of the term fast coming to mean any anomalous or unusual church carving.

From Keith’s initial photographs there appeared to be faint knotwork or cross hatching in the space between the beard. When I actually visited the figure however I found this was not the case. The figure is very well carved with over long hands and a friendly expression. It has pointed ears and there appears to be some damage to the left hand. There is no other significant carving on the church although there are obvious indications on the walls of the church of a previous structure which appears to be at right angles to the current building. The chancel arch has some zig zag decoration on the pillars which may or may not be Norman but the chancel possesses two small round-headed Norman windows. The tower which appears to be Norman in fact only dates from the 1905. Strangely for a small country church there are no pews nor have there ever been any.

The figure can be found in the porch of St James, Grain in Kent (pictured below) above the main door. From its construction it appears to be a corbel (flat back and top) which has been moved to the porch from somewhere else. The door itself is interesting as it is thought to be very old. Damage on the door was caused by Dutch sailors in 1667 who attempted to break into the church with a view to looting it. The repair to the door was made by the same sailors who were caught and punished by their own officers for the attempted break in. The wood used to make the repair is thought to come from a Dutch man-o-war. Thanks go to the wife of the vicar who showed us round the church on a bitterly cold day. Interestingly she was not aware of the figure even though they had lived there for some time.

The Internet Mystery of The Grain Beard

Every year I get a burst of hits on this webpage from people searching for a “Grain Beard” which was very puzzling. After putting up a note on this page a number of people contacted me with the solution. It turns out that “Grain Beard” is a clue in a crossword book and it seems a syndicated crossword. The answer seems to be “Awn” so please look no further. 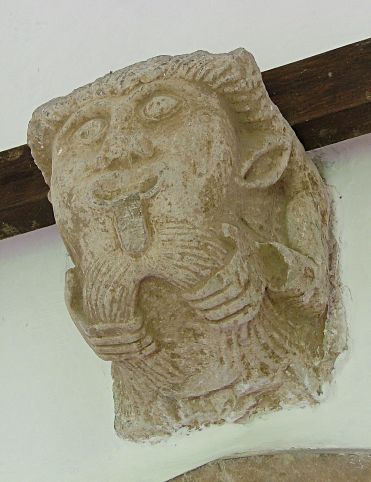 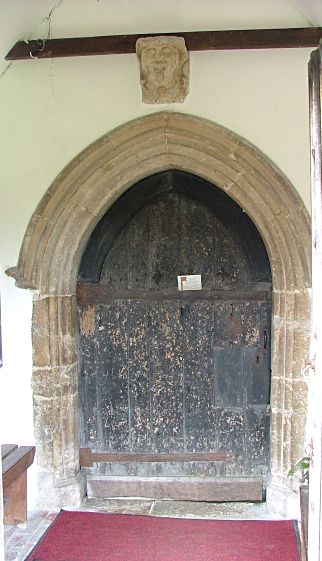 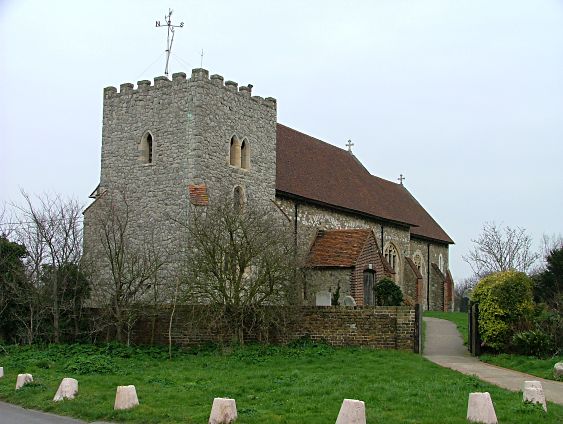