This figure has been recorded as a sheela na gig on the ADS archaeological search site here.
The photos and a lot of the information about this figure have been kindly supplied by Dr Stephen Bax of Canterbury Christ Church University.
The current church is Early English in style and was built in 1230 by the monks of Christ Church Abbey. It has a large tower, the top of which holds an extensive corbel table of mainly abstract designs.  There are a number of loose pieces of sculpture cemented into the buttresses on the church including the alleged sheela na gig (left). The church is also  famous as the location of a alleged picture of a ghost.

The figure is very worn but appears to be a bust with a cleft at the bottom. The cleft may simply be damage but Dr Bax who has seen the figure is of the opinion that it may have been carved. There may also be the remnants of an arm which reaches down one side but the figure is so worn it is very hard to be sure what exactly the “arm” is meant to be. The figure has a headdress or hood which is unusual for a sheela and a band around the neck possibly indicating clothing. The face has a rather glum expression and looks down. The head is large and seems disproportionate to the body. Even though the figure is worn it gives the impression of being female. It’s very hard to say that this figure is a proper Sheela Na Gig. There are no obvious genitals and the cleft, whether resulting from damage or being deliberately carved its only vaguely reminiscent of a vulva. The figure also appears to be clothed which further counts against it being a sheela, doubly so given the proximity of the neckline to the cleft. The church is Early English in design, not Romanesque. However we can’t read too much into this as another Early English church at Etton holds a far more convincing exhibitionist figure. All in all while the figure is interesting I would have to say I doubt this is a sheela na gig.

Thanks go to Dr Bax and Frances Hopkins for supplying these photographs of the figure and the church.
John Harding 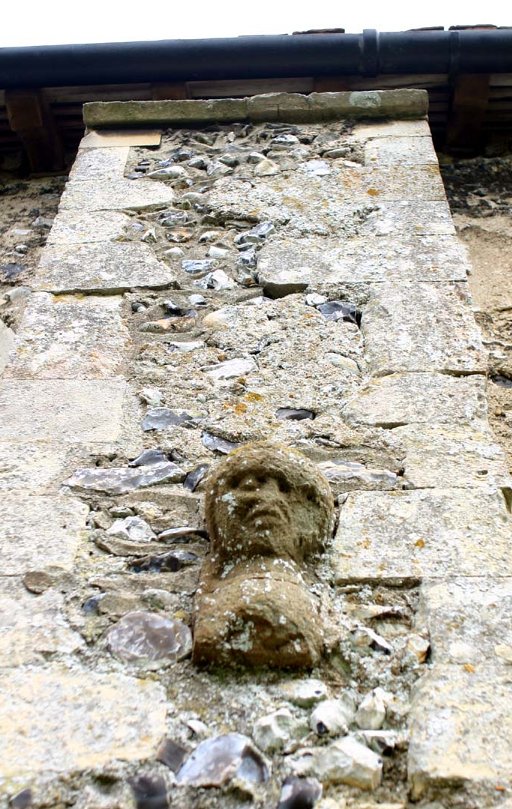 The figure from below 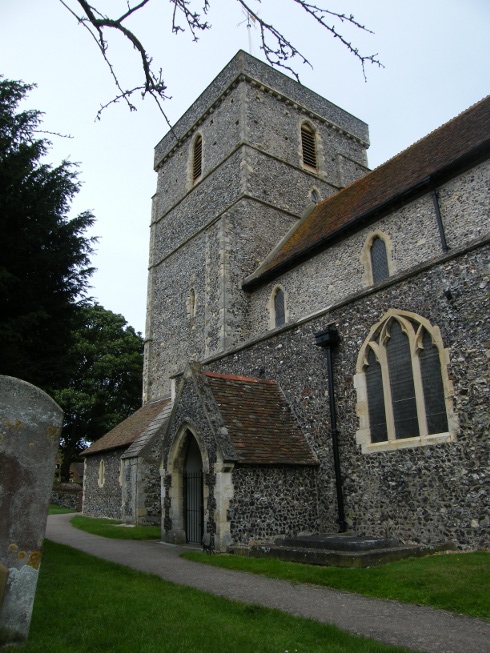 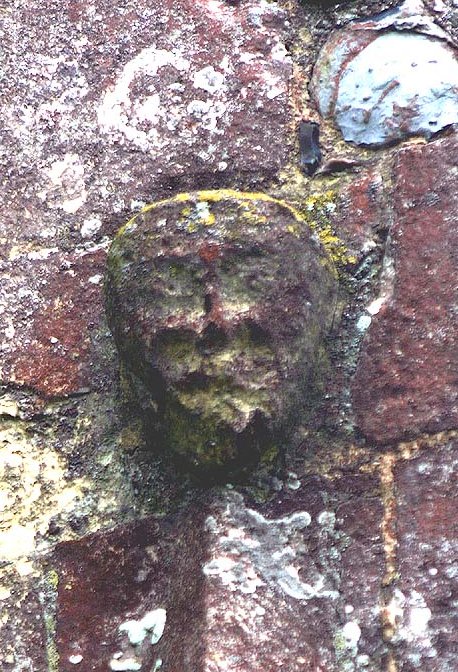 A worn human head possibly with a lop sided mouth. This motif can be seen on quite a few romanesque and later churches. 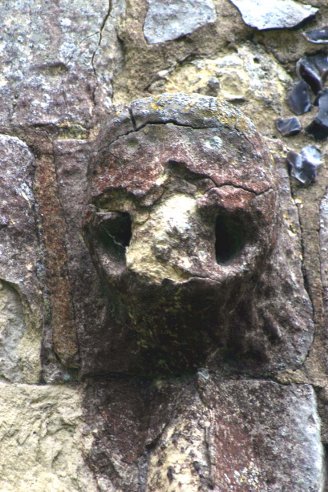