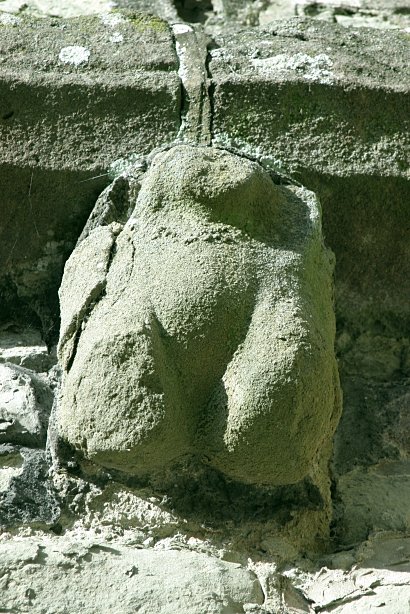 If you visit the Church Stretton, Holdgate or Tugford figures you will likely come across mention in the church leaflets of another church at Diddlebury which has a Sheela Na Gig. As you can see from the photographs this claim is somewhat dubious. The most likely candidate figure is the one pictured on the left. However it is so damaged that it is hard to say what it originally was meant to represent. It appears to a torso with the remnants of two legs and what could be a jutting out neck. There is no evidence of any sexual organs carved between the legs.

There are a number of other carvings on the church mainly of animal heads and a weathered human head over a door. Interestingly the bear head with muzzle is very similar to the bear at Kilpeck. This might indicate that the original carving was done by sculptors of the Herefordshire school. According to professor Zarnecki that the font at nearby Holdgate is also of Herefordshire school origin.

There is small description of the town of Diddlebury here with a nice picture of the church.

For those of you who like odd coincidences… When I visited the church the second time I picked up a church guide which was written by Dr Sally P.J.Harvey. P.J Harvey of course wrote and sang the song Sheela Na Gig. It’s also worth remarking that Dr Harvey mentions the figures only as “human” and does not describe them as exhibitionist in any way. 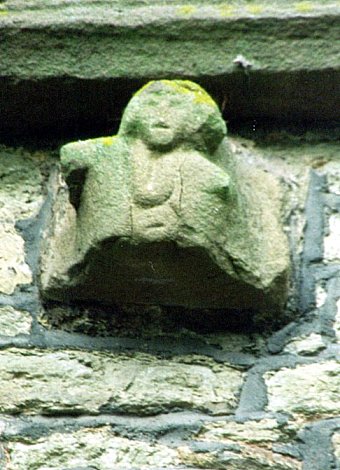 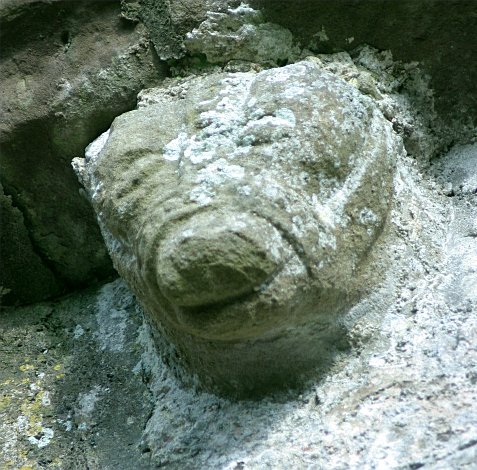 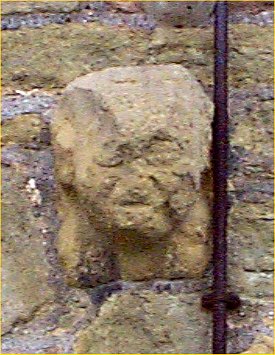