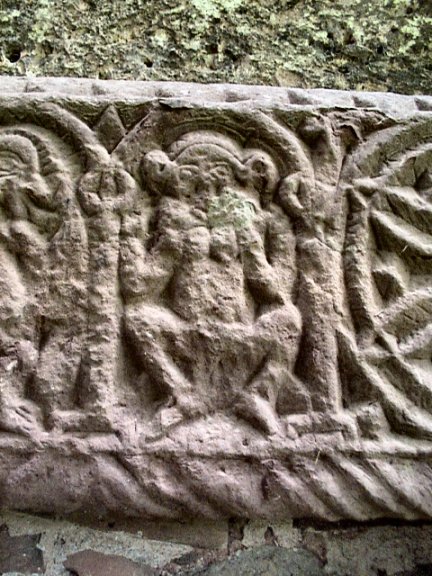 This figure is situated above a low blocked doorway on the Church of St Andrew’s at Bredwardine in Herefordshire. Described in the church pamphlet as a “monkey” figure it displays a definite exhibitionist type pose. Unfortunately the stone is weathered but there does seem to be an indication of some carving between the legs which is unfortunately now missing or damaged. It’s hard to say whether or not this figure was a sheela/exhibitionist but the overall pose does seem to suggest it. The figure has appears to be wearing a headress and/or has very large ears strengthening its monkey like appearance. The figure also appears to have two breasts and has one hand touching the mouth while the other is held aloft. There is also a strange bird/snake headed figure adjacent to the “monkey” carving. This can be seen in the picture below. (It’s worth comparing the head of this figure to the snakes head on the Rock figure.) Both figures are flanked by two geometric floral carvings. The right hand pillar is topped and tailed by two very worn faces. The bottom face being inverted. Was the figure originally exhibitionist? Hard to say but I think it’s worth including it in the “possible” file. If you visit this figure be sure to look underneath the lintel as it is carved too.

The Sheela of the Baskervilles?

To the south of the churchyard lie the now scant remains of Bredwardine castle. It consists of a motte with an irregular oblong bailey. The keep seems to have separated from the bailey by a ditch. The castle would not have been overly large with the remains only measuring 78 x 45 feet. At the time of the Norman conquest Bredwardine was granted to John de Bredwardine but by the early 1200s had passed into the hands of the Baskerville family. It is interesting to note that like nearby Kilpeck, Devizes and Holdgate to the North the church appears to be part of or at l east very near to a significant Norman fortification. Due to the nature of the carving and the geometric floral ornament its thought that this is an eary carving possibly even 11th century which would not make this figure the Sheela of the Baskervilles.

For more information on Bredwardine Castle including a map showing the castles proximity to the church look here
http://www.smr.herefordshire.gov.uk/castles/castlesdata_az/bredwardine.htm

The church at Bredwardine is also famous for one of it’s previous vicars, the Victorian diarist Rev. Francis Kilvert who is buried in the churchyard.

Update 26th Nov 2005
The CRSBI site has a page dedicated to the carvings on Bredwardine church and also comes to the conclusion that the figure may be an exhibitionist or Luxuria figure.

Malcom J. Watkins of Gloucester City Museum is also of the opinion that this figure is a possible exhibitionist and mentions this briefly in connection with the Annus tablesman piece at Gloucester museum. 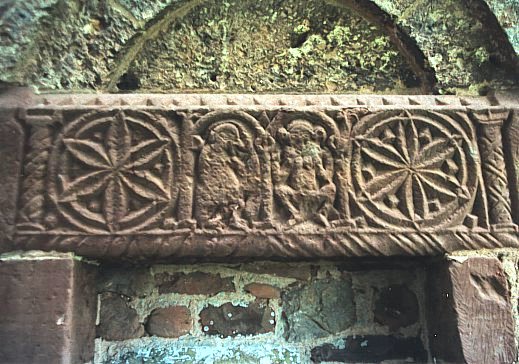 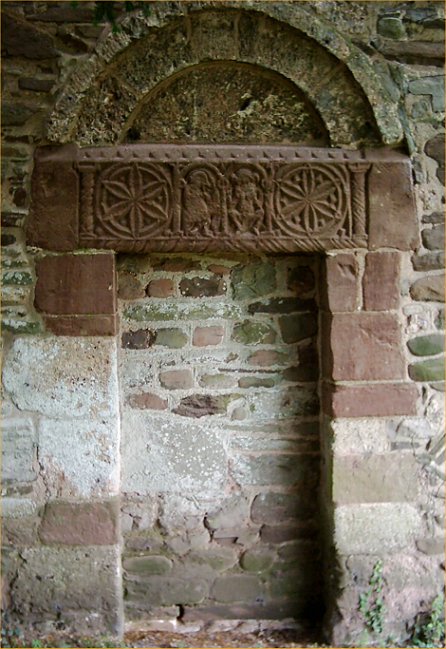