This figure was found by Keith Jones while visiting the church looking for green men. It was at first thought to be a decayed exhibitionist figure but on further inspection has turned out to be somewhat harder to interpret. The figure is very worn and consists of what appears to be a decayed face surmounting a deep cavity at the base of the figure. The right and left hand sides of the figure are hard to interpret due to weathering but there seems to more carving on the left hand side of the figure making it asymmetrical. The left side of the figure could be body with a sideways facing head similar to another corbel (see below) this is of course open to interpretation. Despite the figure being weathered it appears to be well integrated with the rest of the corbels and not an older figure kept from a previous building.

The church has a number of finely carved corbels representing dragons, monk like figures, bearded heads and flowers. There is also a corbel representing a branch which is echoed on the window surround below it

The style of the church is late perpendicular putting it in the late 1400’s. This and the style of the carvings which seems to be later than the early Norman period from which Sheelas are thought to originate puts some doubt on this figure originally being a sheela. Again the figure is too decayed to be certain. 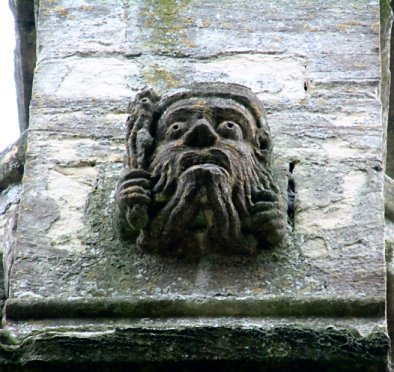 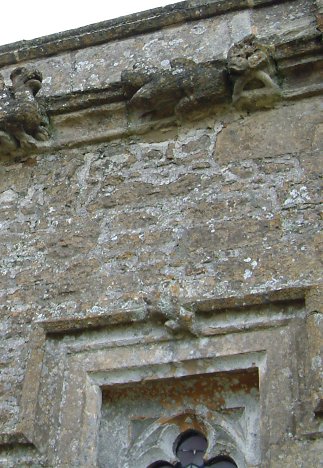 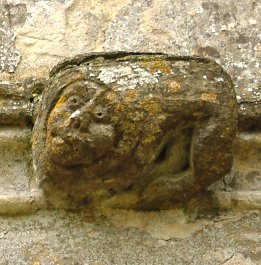